Could we reinvent the charm of old cities 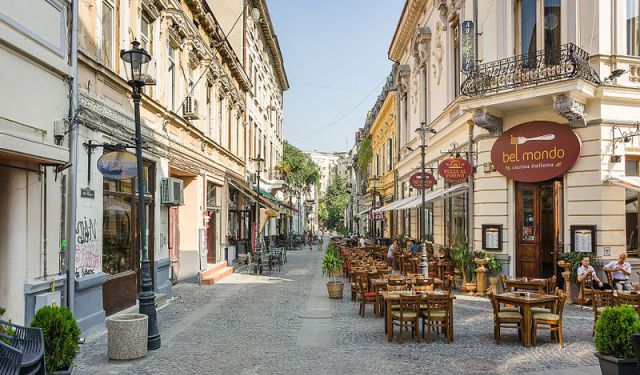 Bucharest’s history alternated periods of development and decline from the early settlements in antiquity until its consolidation as the national capital of Romania late in the 19th century. First mentioned as the “Citadel of București” in 1459, it became the residence of the famous Wallachian prince Vlad III the Impaler.

The Ottomans appointed Greek administrators (Phanariotes) to run the town from the 18th century. A short-lived revolt initiated by Tudor Vladimirescu in 1821 led to the end of the rule of Constantinople Greeks in Bucharest.[19]

The Old Princely Court (Curtea Veche) was erected by Mircea Ciobanul in the mid-16th century. Under subsequent rulers, Bucharest was established as the summer residence of the royal court. During the years to come, it competed with Târgoviște on the status of capital city after an increase in the importance of southern Muntenia brought about by the demands of the suzerain power – the Ottoman Empire.

Bucharest finally became the permanent location of the Wallachian court after 1698 (starting with the reign of Constantin Brâncoveanu).

Partly destroyed by natural disasters and rebuilt several times during the following 200 years, and hit by Caragea’s plague in 1813–14, the city was wrested from Ottoman control and occupied at several intervals by the Habsburg Monarchy (1716, 1737, 1789) and Imperial Russia (three times between 1768 and 1806). It was placed under Russian administration between 1828 and the Crimean War, with an interlude during the Bucharest-centred 1848 Wallachian revolution. Later, an Austrian garrison took possession after the Russian departure (remaining in the city until March 1857). On 23 March 1847, a fire consumed about 2,000 buildings, destroying a third of the city.

Get the latest news right in your inbox. We never spam!

Blogger, fashionista, love to explore new ideas and write on my morning coffee!
What is Jekyll